Which Grasses Thrive in Different Seasons? 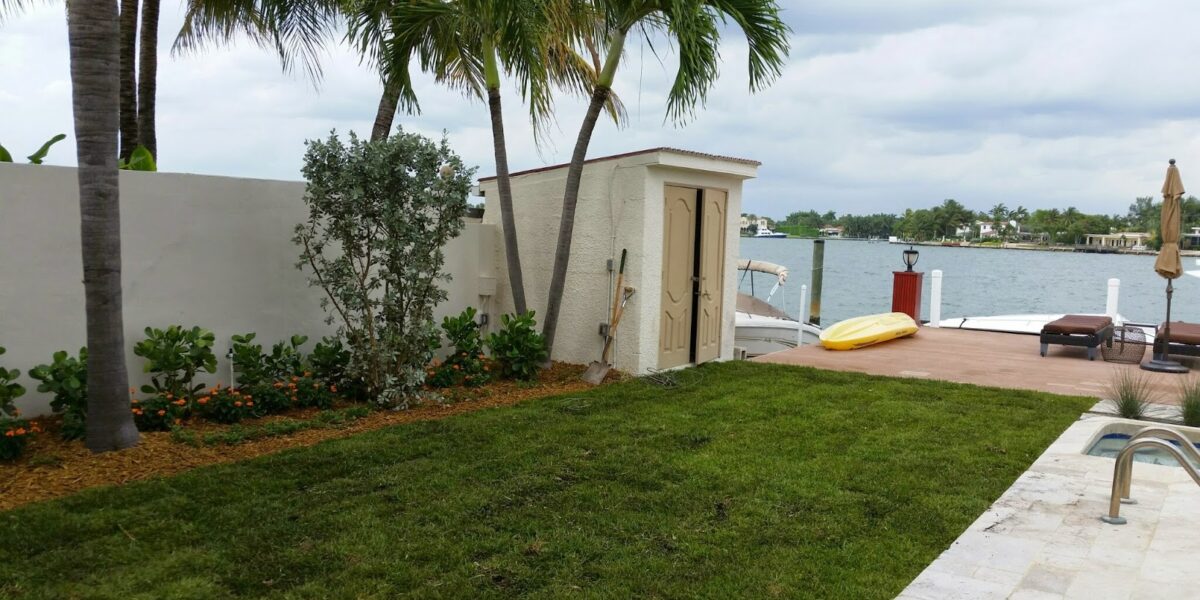 Grasses play an important role in landscaping. Whether you want to use them as borders, ground covers, accents, screens or container gardens, you will need to have the right grass for the season. Otherwise, your lawn will look lush and beautiful in one season and faded and moribund in the next. So, here are some grasses that thrive in different seasons.

Grasses that thrive in the warms seasons

The grasses that thrive in the sunny, colorful, and cheerful days of spring and the long, hot, and sunny days of summer include Bermuda grass, Bahia grass, Centipede grass, Zoysia grass, and St. Augustine grass.

Bermudagrass: Bermudagrass is a type of weed that originated in India and the African savannah. Introduced into the United States from Bermuda (hence the name) in 1914, it is valued for its exceptional tolerance to heat, drought, and foot traffic, as well as the capacity to recuperate quickly. It’s popular as a lawn grass because of its exceptional toughness and resilience. But, it has low shade tolerance and requires a lot of maintenance. It also requires full sun and good drainage to thrive. It grows best in the coastal areas of the southern region.

Bahiagrass: Bahiagrass was introduced into the United States from South America in the early 20th century. In South America, it is still used in agriculture, conservation, and erosion control. This low-growing grass is valued for its outstanding heat and drought tolerance, durability, low water and nutrient requirements, and low maintenance needs. It grows most actively from late spring until the end of the summer. If properly cared for, this perennial grass lives for several years. It grows best in the Deep South and the Gulf coastal areas.

Centipede grass: Originally from China and Southeast Asia, centipede grass was introduced into the United States in 1916. This perennial grass is valued for its excellent heat tolerance, low nutrient requirements, and low maintenance needs. But, it has low drought and traffic tolerance owing to its relatively shallow root system. It also has specific soil requirements, which limits its geographic range. It grows at its best from late spring until the end of summer. It is best suited to the climate of the Southeast.

Zoysia grass: Zoysia is a perennial grass native to Asia. Introduced into the United States in 1895, it is valued for its excellent heat, drought and foot-traffic tolerance, low water requirement, and low maintenance needs. In optimal growing conditions, it delivers a dense and beautiful lawn that requires very little maintenance. It prefers sun, but also tolerates light shade. It has a good cold tolerance, which makes it suitable for some northern areas as well.

Buffalograss: A fine-leaved grass native to the Great Plains, buffalograss is a warm-season grass that is noted for its incredible durability. Requiring little maintenance, it becomes a beautiful green in spring and stays green throughout the summer. It becomes dormant during the winter. Its seeds germinate relatively slowly, but, the grass grows as much as 5 inches in 50 days. It requires six to hours of sunlight and grows especially well in hot and dry areas.

St. Augustine grass: Commonly used in ranches and pastures, St. Augustine grass is a popular lawn grass in the southern United States. It grows in a wide range of soil types and blooms in spring and summer. Several cultivars of this grass have been developed for different weather conditions. ‘Captiva’ is resistant to the southern chinch bug and “floratam” is resistant to viral infections.

Grasses that thrive in the cool seasons

The grasses that thrive in the cool, vibrant, and colorful days of fall and the short, cold, and snowy (or wet) days winter include Shenandoah switchgrass, Kentucky bluegrass, New Zealand wind grass, fine fescue, tall fescue, ryegrass, and bentgrass.

Shenandoah switchgrass: This native North American grass is valued for its striking blend of red and orange during the fall season. Actually a warm-season grass, it takes a soft blue-green hue in spring, pink to burgundy in summer, and a deep claret in mid-fall. It has an excellent cold tolerance, moderate water requirement, and likes partial sun to full sun.

Kentucky bluegrass: This is one of the prettiest turf grasses that thrives in the cool weather of the fall. It is known for its exceptional cold tolerance, an impressive lateral growth habit, and a “summer dormancy” mechanism that helps it survive the hot and dry days of summer. It requires more than six hours of sun a day to thrive and an aggressive maintenance.

New Zealand wind grass: This semi-evergreen grass originally from New Zealand is valued for its streaked orange foliage in summer and the mesmerizing shades of gold, bronze, and copper it puts on display in the fall season. It has excellent drought and frost resistance, likes full sun, and needs very little maintenance.

Fine fescue: One of the most shade-tolerant cool-season turf grass, fine-leaf fescue is a bunch-type grass that provides good turf density with even less than a half-day of sun. There are several species of fine-leaved fescue, the most widely used being hard, chewings, and creeping red. It has a relatively slow growth habit and likes both full and partial sun.

Tall fescue: A cool season grass that grows most vigorously in fall and also in spring (because of its excellent heat tolerance), tall fescue is a popular lawn grass used in the northern region. It is valued for its ability to adapt to a wide range of climates and its tolerance to heat, cold, shade, and drought. This cold season grass is most suitable for northern and transition zones.

Ryegrass: Also called Lolium, the perennial ryegrass has a bunch-like growth habit, which makes it excellent as a turf grass in the cold season. There are 13 difference species of ryegrass. Some are great for lawns and some are nutritious and attractive to livestock and deer. So, you must choose your ryegrass carefully.

Bentgrass: Also called agrostis, this large and nearly cosmopolitan genus of grass grows in almost every country in the world. There are dozens of different species of bentgrass. Some of them are excellent as lawn grass and one species, called creeping bent, is grown almost exclusively for golf courses.

Most of these are perennial and will live for many years if given proper care and maintenance. But, if you want a beautiful and unblemished lawn that gives the impression you have given it a lot of care and maintenance, then it’s better to have the right grass for the season.